-Main facts about the Seneca

-Lifestyle & Culture
|| The Most Important Figures || 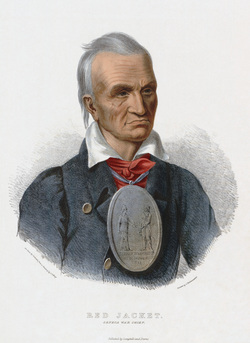 Red Jacket - 1758 to 1830 (72 years old)
Born in Canoga (Western New York)
Wore a red coat from the British and became their messenger
When war broke out, he became an ally of America (Many Senecas as well)
Died of Cholera 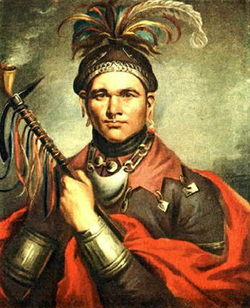 ?, Walden69 ?. Cornplanter. Digital image. Wikipedia. Walden69, 14 Jan. 2005. Web. 22 May 2014. <http://upload.wikimedia.org/wikipedia/commons/3/30/Cornplanter.jpg>.
Handsome Lake - 1735 to 1815 (80 years old)
Ganawagrah (New York State)
Born in the Wolf Clan, later on was adopted by the Turtle Clan
Attended the Great War of Iroquois Confederacy with his half brother and the British
Fought alongside British forces
Moved to Allegheny valley with his followers in 1780
Traveled with his people for a decade forming peace with 13 different states 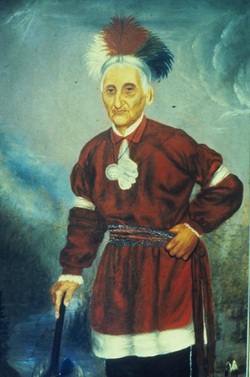 
?, Asarelah ?. Governor Blacksnake. Digital image. Wikipedia. Asarelah, 24 May 2006. Web. 23 May 2014. <http://en.wikipedia.org/wiki/File:Chainbreaker.jpg>.
Ely Parker - 1828 to 1895 (67 years old)
Born into a leading Seneca family
Father was a Tonawanda chief who fought for the US in the 1812 war against the British
Mother was the granddaughter of the successor of Handsome Lake
They were 6 kids in total (5 boys, 1 girl)
When the Civil War started, he wanted to be an engineer but was told "It's a white mans job" and later on was given a commission in the Union Army (Ended as a Brigadier General)
Died on August 31st, 1895 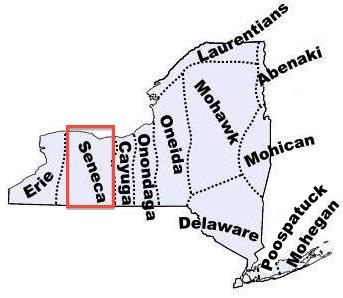 || Main Facts about the Seneca ||
The name Seneca comes from one of their village called OsinikaThey were the largest of the five tribes in the Iroquois Confederacy
The children belonged to the women's side of the familyTraveled by Canoe but preferred traveling by foot
Lived in long houses which many families stayed in (Could hold approximately up to 60 people)
Seneca women farmed while men hunted
The weapons that they used were; bows&arrows, spears, clubs, (shield?), (flint knives?)
The tools that they used were; fishing poles, hand axes, flint knives (used to skin animals), wooden hoes for farming.
|| Time and Location ||
They lived in New York State, many still live there to this day, however, many of them were forced to migrate to Oklahoma and Canada.

Around the 17th century is when they were first founded
|| Lifestyle and Culture ||
The roles that the Men had were;
Hunting
Trading
War

The roles that the Women had were;
Farming
Property
Taking care of the family.
|| Bibliography ||