﻿The Cherokee are a Native American "Nation" that belong to the "Cherokee Nation" which mainly live in the Southern areas of the United States of America. They are an Iroquois people and speak the language of the Iroquois nation. The Cherokee call themselves the Tsalagi or Aniyunwiya which means "Principled people". In accordance to the name, when the Europeans got to the country, they classed the Cherokee as one of the civilized Native Americans because they had set up a government within the tribes. ﻿

The Cherokee of course did have warriors but were not so interested in warfare such as the Apache. They did have battle prowess but were a much more thoughtful tribe and slightly diplomatic. They were, as I said, considered the most civilized tribal community of the Native American People so they were peaceful and welcomed the Europeans when they first arrived, they welcomed them and gave them supplies. This is why the Indian removal act was a shock to the Cherokee because they had lived in peace for many years. The Cherokee also managed to survive the Native American onslaught and discrimination that would come from the invaders later.

Trail of Tears:
The trail of tears refers to the Indian removal act. White people were moving the native Americans so that they could settle in their lands. It also refers to the Cherokee rose legend, it is a story in which the Cherokee mothers would shed tears while they walked away from their homes. The Cherokee rose grew where the tears had fallen. The mothers were also missing their children that were missing, probably killed or kidnapped by the invaders. It is said that if you see one of the roses, it represents hope. The Indian removal act affected the lives of every Native American that was moved. This showed the Native Americans that the invaders were no joking matter and that they were there for good. 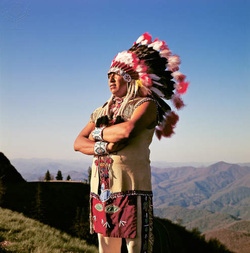 Cultural beliefs:
When it came to marriage, the Cherokee believed in polygamy, the belief that one could have more than one spouse, which was very common with elite men in the group. Unlike the European invaders, women controlled the household. They were the squaws of the village and the most men were hunters and mainly referred to as warriors. The Cherokee were quite civilized, and they had even set up a ruler ship in which everyone had rights. Obviously, just like most Native American people, clans were very common. A clan is a group that is usually determined by leader name. So if my father was the chief of my clan, and his name was Stark, then we would be part of clan Stark. But the Native Americans did not classify them in this way. There are seven clans in Cherokee society: a ni wa ya (Wolf), a ni tsi s qua (bird), a ni gi lo hi (Long hair), a ni as ho ni (blue), a ni a wi (Deer), a ni go te ge wi (wild potato) and a ni wo di (paint).
Impact: the Indian removal act completely destroyed any ties with the new independent American government. The Cherokee and many other Native Americans were living in reservations because of the Indian removal act. The Cherokee went from one of the civilized tribes to one of the common savages. They managed to maintain their culture and beliefs from that time until the present day.

"How Did the Indian Removal Act Affect the Cherokees?" WikiAnswers. Answers Corporation. Web. 14 May 2014.