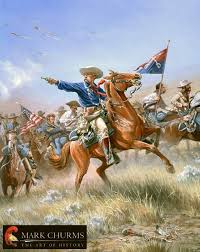 •   Sitting Bull was the Chief of Sioux tribe

•   He united all the Sioux tribes together

•   The US authority's wanted the Gold from Sitting Bull and Sioux

•   In 1890 he surrendered to the US authority's, as they were losing badly

In 1831 to 1890, sitting bull was the native chief of the tribe Sioux. He made the Sioux tribes unite. He discovered gold in South Dakota in 1874, after that the Sioux had a war with the US natives over the gold. It turned into the battle of little big horn. Finally, sitting bull and his people, surrendered to the US authorities. In 1890 sitting bull was killed when he was arrested from the US and Indian agents.

•   After the war only few owen's still existed

The cayuse war was in 1847 to 1855. The northwestern states wanted land, which belonged to he cayuse. After the United States won, there were not many cayuse left.

In 1862, the Owens valley, Indians created the great flood of 1862. This made the United States angry. As they needed their land, they had permission to drive the Indians away from the land. This war carried on until 1867. After the war, the USA won. Only a few Owen Indians existed after this event.

In 1876 there were rumors of gold in Dakota, which attracted white migration. Dakota was full of native Indians. The white migration attacked all villages in their way. They got the Gold, but many of there people died. The Sioux got some of the gold.

In 1867 there was a war for land in the southern plains. The Americans wanted land. The war lasted until 1875, and was later called the red river war. All the tribes living there were separated after the Americans won.