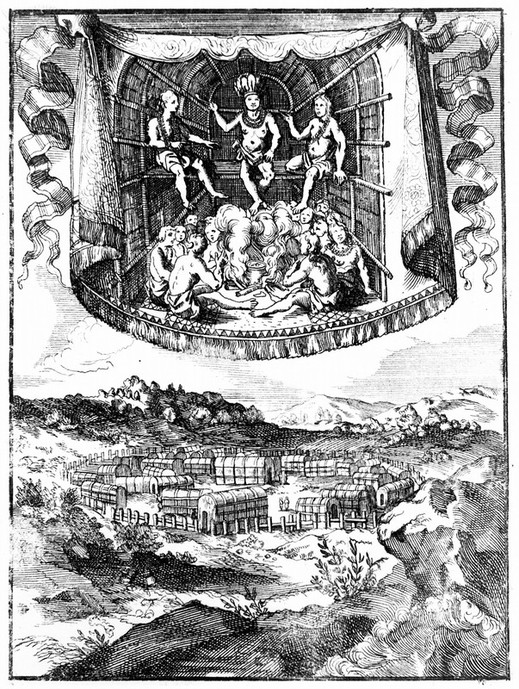 The Algonquin was named after the French. The Algonquins are indigenous to North America.
The Algonquin Origin
The Algonquins were looking for work from the Atlantic coast. They first arrived near Montreal. While many other Algonquin people continued their journey up the St. Lawrence River. Some of the Algonquins settled along the Ottawa River. Historically, the river is  an important highway for trading, selling, cultural exchange and transportation. Scholars have used the histories, archeology, and linguistics to estimate when this took place about 2000 years ago, near, what we now know to be, Detroit. 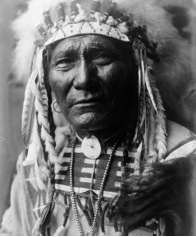 Lifestyle
The Algonquin Indians were a small tribe that lived in Southern Quebec and Eastern Ontario. The Algonquin tribe is just one of the many Algonquian-speaking tribes in North America. They originally lived in the present-day United States, but were forced away from their homeland when the Iroquois League formed and took over the area. They were forced further north, where it was too cold to grow crops. The Algonquin hunted many different animals such as; deer, beaver, bear, moose, otter, and raccoon. They had two different types of canoes where they would use a spear to get fish and travel on rivers or lakes. One was made of light wood and the other was made from a heavy tree trunk. They used dogsleds and snowshoes in winter to travel on land. They depended on migrating animals for food. The Algonquin were a semi-nomadic group, but not very nomadic because they would not go very far in which case, they are settled as well. The houses they lived in for the majority of the year were known as wigwams, and they were made of bark. 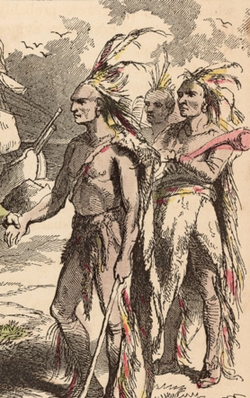 Clothing
The Algonquin wore animal skin. The clothes might have beads, shells, or paint on them for design. Women wore dresses or leather shirts and skirts and they would use belts or ropes to hold up the skirts. Men only used moccasins, but sometimes wear a fur cloak. Women would wear their hair in a braid while the Algonquin men would cut one half of their hair off and the other half of it grows or they would shave a line through the middle of their hair. The Algonquin wore bright colored paint made with berries, root juice, charcoal, and soot, and some men got tribal tattoos to make themselves part of their tribe.

Lifestyle of the People

Algonquin chiefs were known as "ogima", or "ogema". The Chiefs had to be men. Women gathered herbs, berries, and nuts, took care of the children and the house, and cooked all the food (they also made maple syrup from tree sap). Only men were allowed to hunt animals, to fight and protect the tribe, and to negotiate with other tribes. When they didn't fight with the Iroquois, the Algonquin traded with them, exchanging animal skins for tobacco and corn. This trade relationship was very important to the Algonquin, who did not grow many crops themselves.